Analytics has given many top corporations the ability to make sense of their data. These giants use insight to take action and drive innovation. Their not so well kept secret, SAS®. In 2018, 92 of the top 100 companies in the Fortune Global 1000® were SAS® customers.

MySASteam has helped hundreds of SMBs benefit from using the same software utilised by industry leaders. Join them today.

SAS® is a full-suite of data analytics products and services that make it possible for companies to make sense of their data and respond correctly. SAS’ solutions cover data management, statistical modelling, forecasting and econometrics, optimisation, simulation, text analytics and reporting. The software suite is made complete with products and services that seamlessly connect the different components.

SAS® empowers users to solve the most challenging business problems with insights gained through advanced analytics.

Leader in the Advanced Analytics since 1976

SAS® has its origins in a National Institutes of Health-funded study to analyse agricultural data to improve crop yields. Short for Statistical Analysis System, SAS® began when the North Carolina State University commissioned Anthony Barr to program his analysis of variance and regression models to run on IBM System/360 computers.

In 1968, Jim Goodnight joined Barr and integrated new routines for multiple regression analysis. The two expanded the applications of the statistical software leading to SAS® losing its funding. In 1973, John Sall joined the project and contributed to the software’s econometrics, time series, and matrix algebra. Soon after, Caroll G. Perkins joined SAS® and contributed to early programming. Jolayne W. Service and Jane T. Helwig created SAS’ first documentation. SAS® was formalised in 1976 and has since then has held its headquarters in Cary, North Carolina.

Fast forward to today, where SAS® holds a 25% market share in the global advanced and predictive analytics software market. SAS® is a consistent considered a Leader in the Gartner magic quadrant in the following spaces:

SAS® gives businesses the ability to make more intelligent decisions with the technical rigour of an academician, the precision and consistency of an engineer, and the boldness of a visionary. This deep bench of data analytics tools keeps customers coming back and feeling confident.

With applications in the following industries:

With consistency through best practice solutions in: 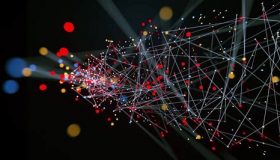 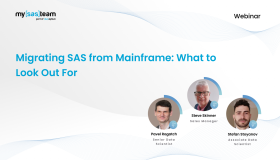 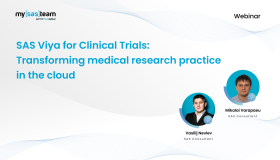 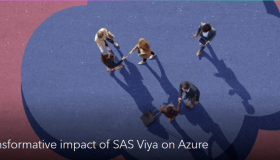 The transformative impact of SAS Viya on Azure

The transformative impact of SAS Viya on Azure

At MySASteam, we believe that every SMB deserves the Power to Know. Please leave your details below so we can find the best solution for your organisation. We’ll call you.